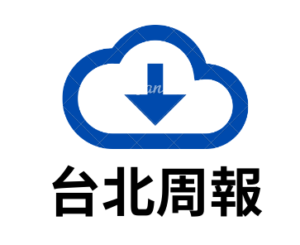 He recently revealed that he now goes back home every Sunday, and “forces” Nana, an Indonesian migrant caregiver hired by his family, to go out for vacation and relax.

After the revelation was made, it sparked a conversation among his online followers.

Tsai revealed on Facebook that for a long time after Nana began taking care of his family members, she chose not to take a vacation for long periods at a time.

On the one hand, she was not familiar with Taipei, and on the other, she felt that it would be too easy to spend money on frivolous things if she went out.

However, Tsai said he felt that it was necessary for her to take a vacation every now and then. Therefore, after he retired, he “forced” her to take a day off every week with pay, and encouraged her to relax during her time off.

He also took the opportunity to share his own way of getting along with migrant workers.

“In the past, some employers would not let them take a holiday, saying that they would come under bad influence and run away, but now they all have mobile phones and chat groups,” Tsai said.

“They can share so much with each other, communicate about a lot of things, and are also aware of their own rights and interests.”

Tsai said, “Therefore, I think the best way to get along is to provide what they deserve according to rules and regulations, and respect each other, so that our relationship with them can be more stable and long-lasting.

In addition, he also revealed that Nana has her own career in Indonesia, and has 55 employees working under her.

Due to this, he often calls her “boss”, and praised her immensely stating that for “a woman who earns a little more than NT$10,000 a month, Nana was able to build her own career after coming to Taiwan for nearly ten years.”

“Maybe it’s just chance, but in essence, it truly depends on her persistence and hard work.”

The post was well-received by Tsai’s fans with many asking him to share more stories about their interactions in the future.

Some also asked Tsai to invite Nana to become “head coach” for Tsai’s team, while others asked if they would be willing to host a live talk show sharing both perspectives of migrant workers and their employers in Taiwan.

Many also wondered why she would choose to become a caregiver in Taiwan if she had a business back home.

Others jokingly commented that her employees have surpassed that of those working on sports TV channels.